All People Are Equal

Politics. A word that causes so many different reactions. From rolling eyes, clenching fists, heads in hands, red faced frustration right through to utter confusion…. and thats just the MP’s “running” the show. To the majority of us it is a hopeless charade of bickering idiots fighting over who’s gang is best suited to run the country. The answer is none of them.

Less and less people are voting these days it seems, mainly due to the lack of confidence in whoever is in power. False promises, outrageously misjudged budgets and a clear lack of appreciation of how bad some peoples living conditions are. Most of these privileged fools never have or never will know what its like to live on a basic wage with no extra money for treats, new trainers or even a meal at a restaurant.

When it does come to voting though, most people are looking to who is going to mess things up the least. Thats why I’ve produce 4 posters of the main political parties each queuing up to see who can steal even more of the publics money and turn the UK economy into an even bigger shambles. The text on each of the posters is a play on one of the famous quotes from George Orwell’s ‘Animal Farm’, instead of animals I’ve used people although either would have been quite fitting.

Rule Britannia, and all that nonsense!! 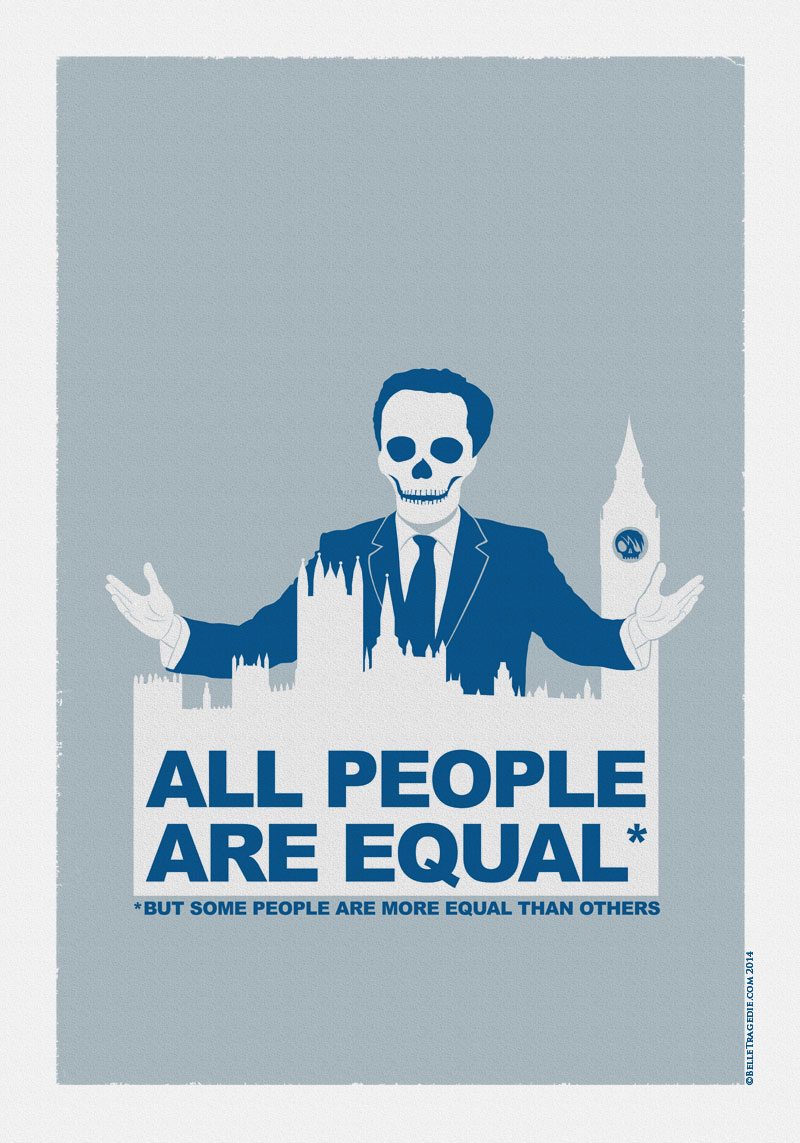 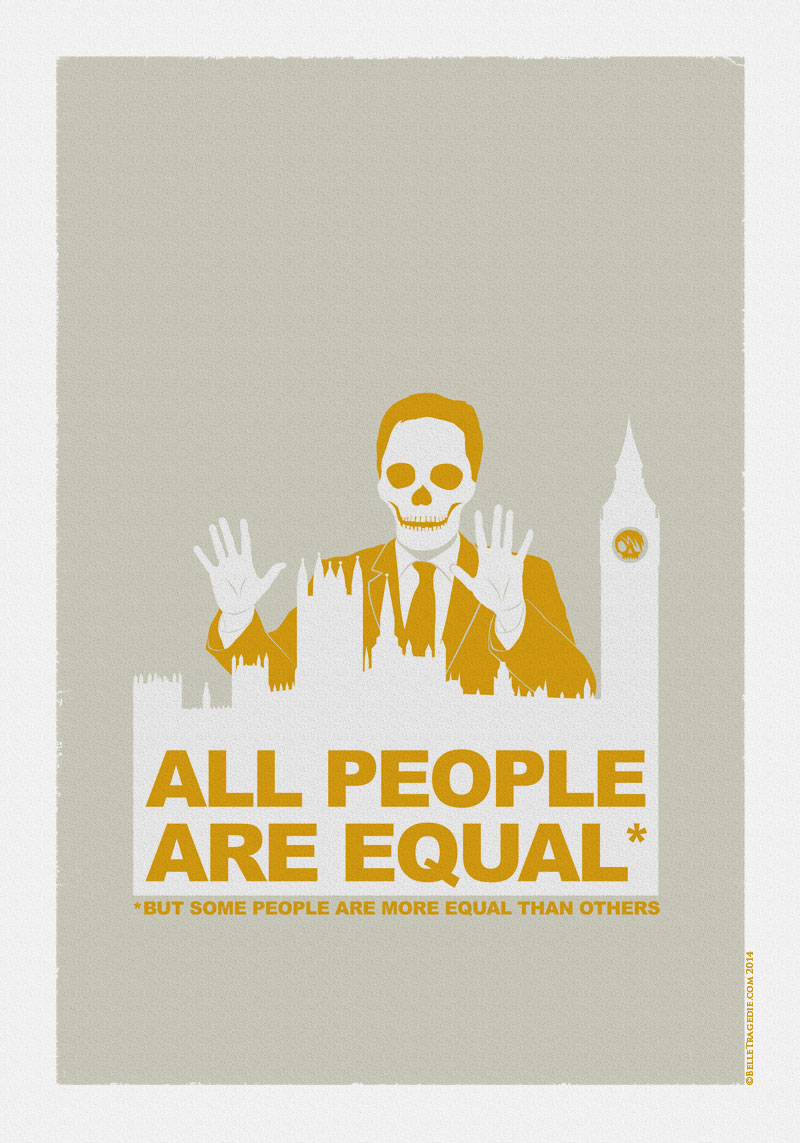 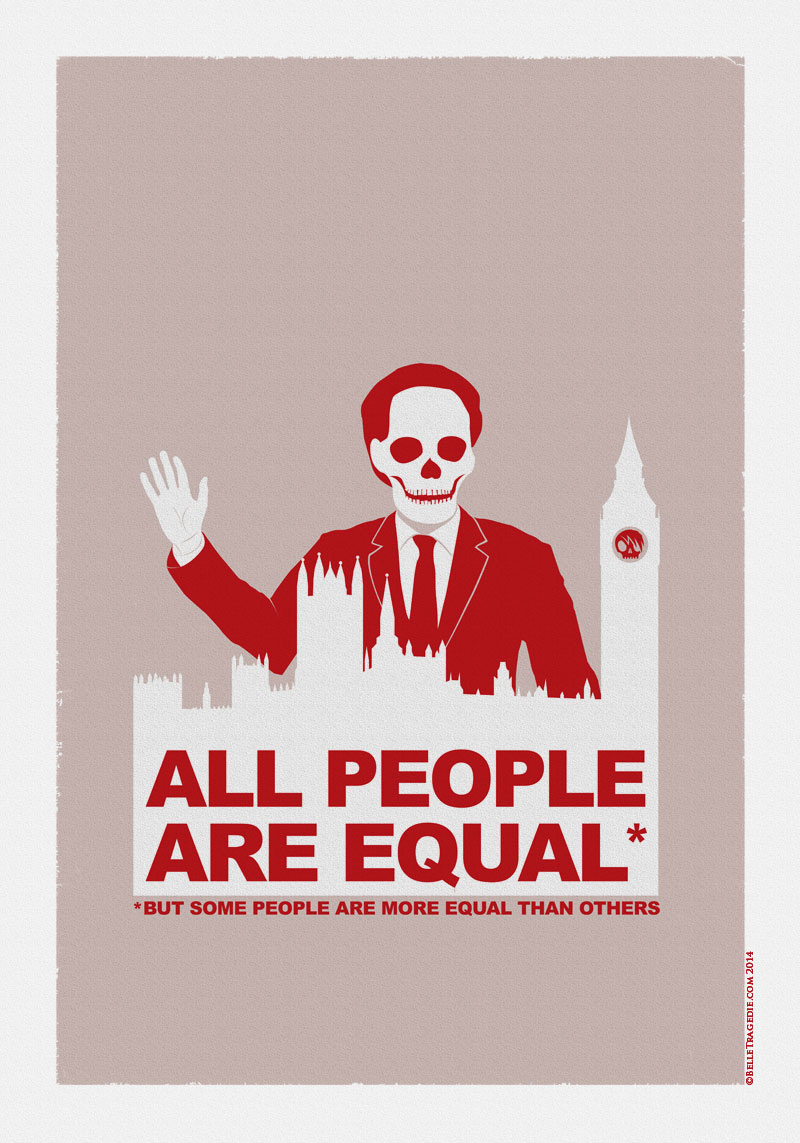 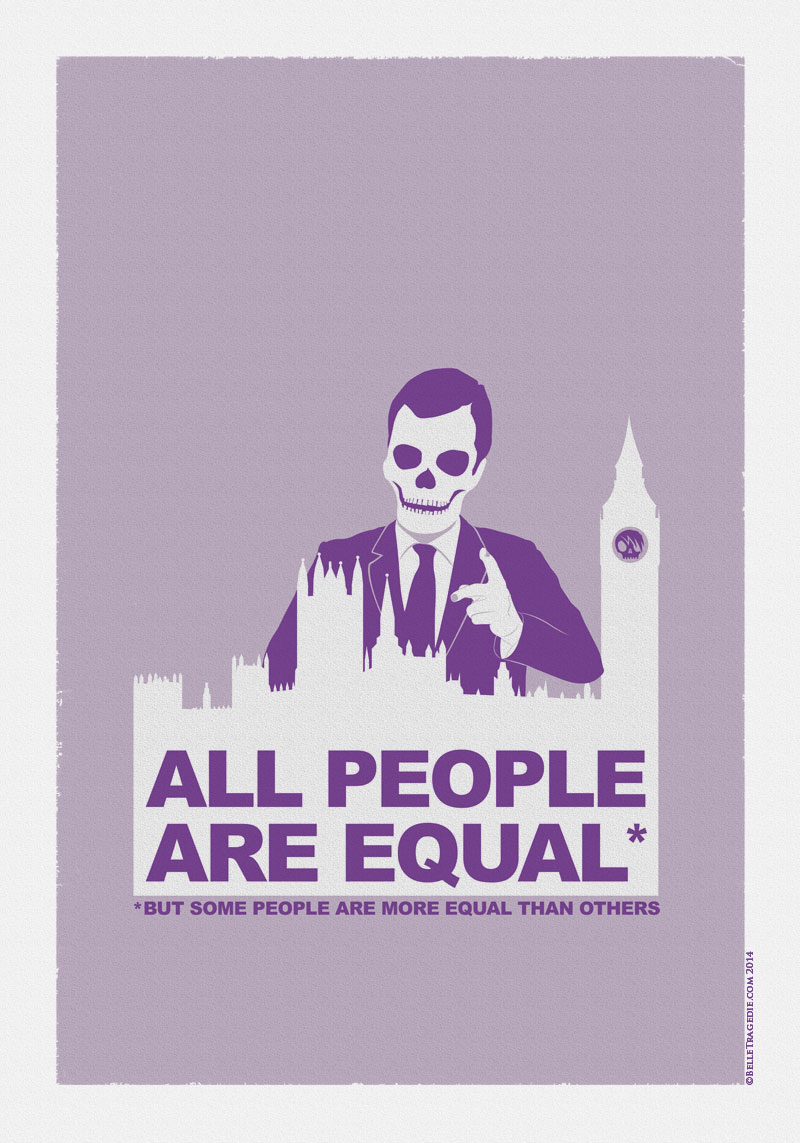