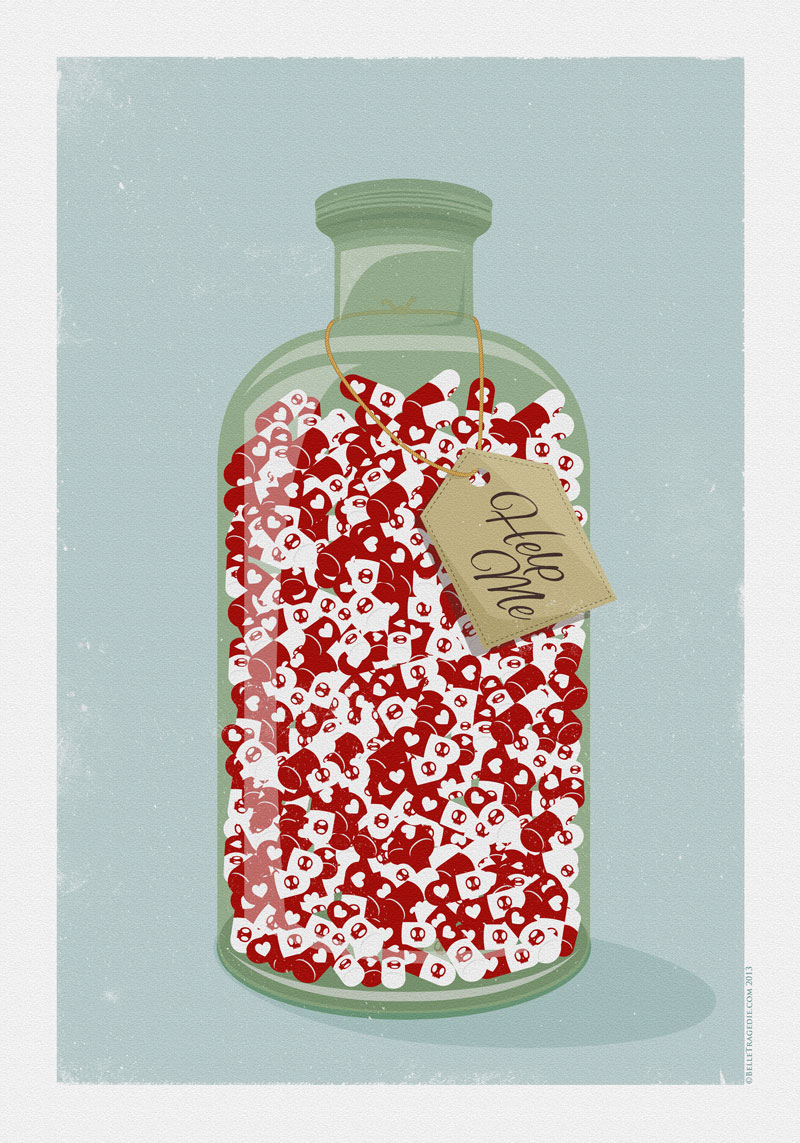 I’ve finally got round to updating my website. Among changing nappies, playing with dinosaurs, watching postman pat and doing household chores I’ve managed it…. just. As well as the new look website I’ve updated my logo too, its a bit more simple than the last one and more of an icon. I’ve also added some extra design and illustration work to my portfolio that I hadn’t included before, mainly t-shirt designs and the odd logo. There’s still a bunch of things I’ve done that I haven’t got round to putting up, but i’ll get there.

As an extra bonus I’ve uploaded a new illustration titled “Help Me” which is shown above. It was an idea that I had floating around for a while, I’ve forgotten where the idea came from or what influenced it but I’m sure I recall some kind of Alice in Wonderland eat me drink me relevance. As usual there some slightly hidden dark meanings behind it, but take what you want from it.

If you’ve got this far thanks for reading and let me know what you think of the new site, and if you see any mistakes :/