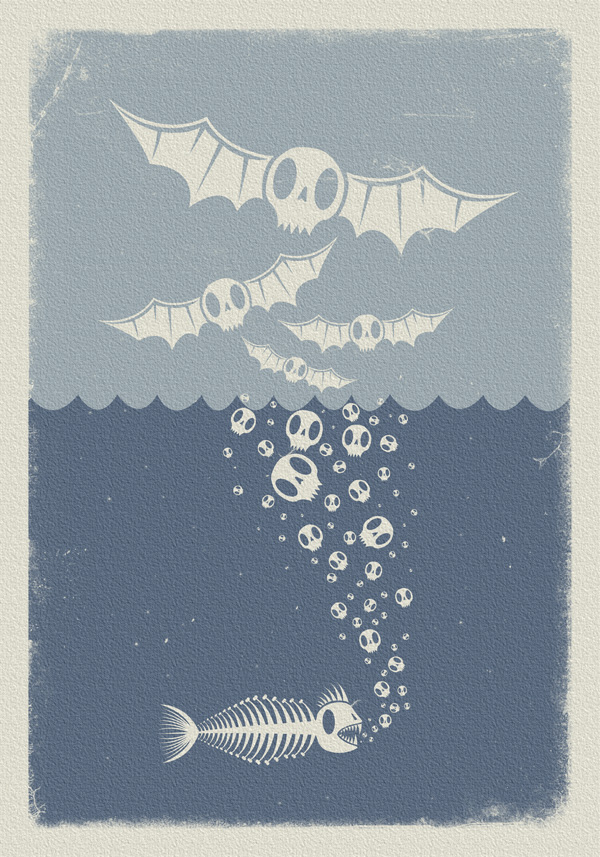 Online translators are strange little things, sometimes useful and sometimes just pure comedy. They never seem to get it completely right, so I thought for the title of this illustration ‘Amphibiens de mort’ which what I was trying to translate into French from ‘Amphibians of death’, I would try a few different ones and pick the most common. Nope. I ended up with different translations for each one I tried! So I appologise  to any French people that may stumble across this as the title may not make sense, but then again the illustration probably doesn’t either.

One way of passing a few hours is typing  phrase into a translator, converting it to a language you have never even heard of, then translate your result back in to English and see how close it matches. Most of the time you get some kind of bizarre phrase that will surely invoke some kind of fog-horn laugh.

So go hunt one down and have fun!